TV Stand Vs. Wall Mount: Which One is Right for You? 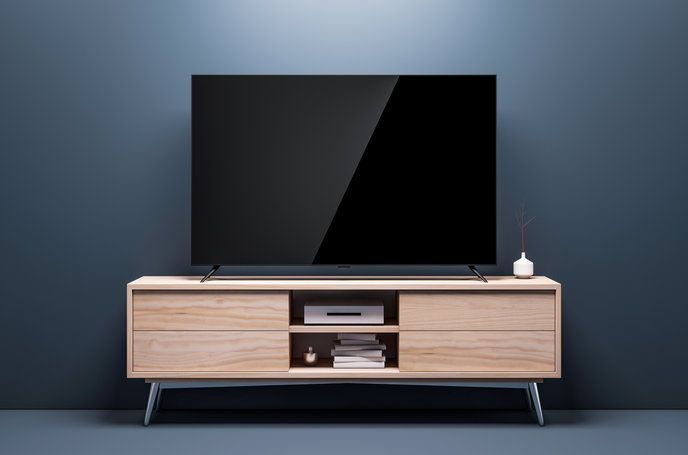 It’s the greatest debates that really stand the test of time. Which came first, the chicken or the egg? Was Rome really built in a day? What is the meaning of life? Where did I park my car last night? And, perhaps the most hotly debated: Should I put my TV on a stand or mount it to a wall?

It’s a tough decision, and while it isn’t one that is going to haunt you forever – Probably! -- that doesn’t mean you should forget to carefully consider it when putting your new home entertainment center together.

A tried and true TV stand not only supports your TV, but also gives you space around and underneath it to use as storage. If you have a lot of other devices, or a big media collection, a stand gives you a place to put everything near your TV, and can also hide the clutter of wires running behind it.

If you are set on a TV stand, always remember that you shouldn’t just place a TV on any old piece of furniture. You want to make sure that whatever you are using is properly rated for the weight of your TV: You don’t want a kid running past it or the wild attack of a dog’s tail to send the whole system – and your new TV – crashing down to the floor. This of course gets harder the bigger and heavier your new TV is, so be careful!

Another TV in the wall

Perhaps the first thing you should consider when deciding to wall mount your TV is: Do you own that wall? If you are renting – in any shape or form – putting holes in your wall might be not only a bad idea, it could mean losing your security deposit in the long run. 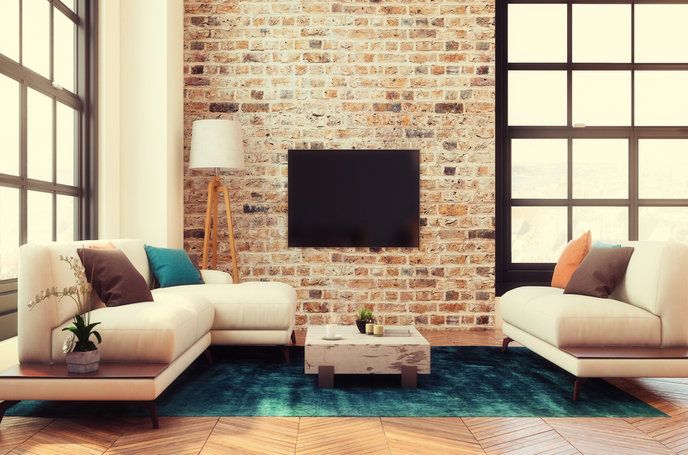 But, if the wall you are hoping to put your TV on is yours, wall mounting provides a classy option that clears your TV from the shackles of needing to sit on something. The TV can become an accent piece of its own, and it also frees up floor space. It also means you can place the TV higher than most stands will allow, and opens up options for adjusting the TV’s angle, as well.

If you hook up a lot of external devices to your TV – Blu-Ray players, video game systems, or even speakers – those wires are going to be way more exposed without a stand to hide them. It’s not a problem that can’t be overcome, but it’s something to consider nonetheless.

Also, you want to make sure you have a wall that can hold a TV, too. You don’t want to secure your expensive new TV to dry wall without studs and hope it hangs there. Spoiler alert: It probably won’t.

It’s also worth noting that you don’t need to necessarily pick one world or the other, either. While wall mounting a TV means you don’t need a stand, there’s nothing that says you can’t wall mount it and still put an entertainment stand beneath it for the other electronics in your collection, or just to add something more to the space.

But, if you are still unsure which to go with, visit us at Peoples Appliance today and our local experts can help you decide which is best for you and your TV. That’s what we’re here for!